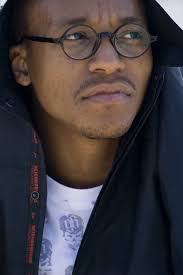 Lupe weighs in on the Mosque controversy that has been looming for the last few weeks.Â  He takes this time to spread some shine on the Muslim community with Rolling Stone and also sheds his opinion on whether building the Mosque is a good idea or not.

As a devout Muslim, how do you feel about the Ground Zero mosque controversy?
Iâ€™m taking President Obamaâ€™s stance. Everyone has the right to worship where they please, but you do have to question the wisdom of it when you look at the reaction that it caused. Iâ€™m Muslim, so I understand the importance of practicing the faith. ButÂ  that is something that is sensitive to Americans. I donâ€™t trust polls, but there was suchÂ an overwhelming sentiment that maybe itâ€™s not the best of idea. I think the people who are building it should take that under consideration. Would they be setting themselves up for vandals? Because now itâ€™s become a target. But on the other side, I think itâ€™sÂ  a great opportunity because Islam is in the forefront. This mosque situation is a good chance to spread what Islam is really about. People can give commentary on how much of a peaceful religion it is. I look at the situation as a win-win. Just by you talking to me about the controversy, I get to spread the fact that Islam is a wonderful religion. The majority of Muslims are not even in the Middle East. the majority of Muslims are in South East Asia. The point of Islam is to promote peace. But there are a lot of emotions in New York. Iâ€™ve visited Ground Zero so I understand that itâ€™s a sensitive subject.